The bill passed the U.S. House of Representatives 313-118. The legislation to reauthorize the agency, which had been held up in committee, was brought directly to the floor using a rare parliamentary procedure. The bill now heads to the U.S. Senate, where the agency has support of a majority of senators but is opposed by Republican Majority Leader Mitch McConnell.

The 81-year-old agency finances or insures foreign purchases of U.S. goods and has been unable to issue new insurance policies or financing deals since its expiration. Supporters say the bank is vital for American exporters.

Virginia Business covered the effects of the agency’s expiration in a story published online earlier this month.

Six of Virginia’s 11 congressmen voted to support the bill, while five voted against it.  Three Republicans joined the state’s three Democratic congressmen in supporting the bill.

“We received strong support from constituents for this legislation,” Comstock said in a statement. “The reauthorization of the Export-Import Bank means more economic growth and prosperity for the entire region whether it is distilling spirits at Catoctin Creek Distillery in Purcellville or building satellites at Orbital ATK in Dulles. “

“The Export-Import Bank is a New Deal relic that was originally created to subsidize American exports during the Great Depression,” Brat said in a statement. “As is characteristic of government programs, the bank outlived its purpose until conservatives stood with the American taxpayers to allow its charter to expire this summer.”

The bill now heads to the Senate, where McConnell has said its best passage could be as an amendment to a long-term highway-funding bill, which would be ironed out in a conference committee. He opposes bringing the legislation up as a standalone bill.

The agency is supported by both of Virginia’s senators, Democrats Mark Warner and Tim Kaine.

“Leader McConnell knows that the Export-Import Bank has strong bipartisan support and would pass if brought to the floor for a vote,” Warner said in a statement. “I strongly urge him to do so without delay and end this self-inflicted damage to the American economy.”

Full statements from around Virginia include:

Barry DuVal, president and CEO of the Virginia Chamber of Commerce: “We applaud Representatives Don Beyer, Barbara Comstock, Gerry Connolly, Morgan Griffith, Scott Rigell and Bobby Scott for their vote to reform and reauthorize the Export-Import Bank. This vote gives Virginia businesses and their employees a more level playing field to compete with companies around the world. The Ex-Im Bank is an important tool for Virginia businesses of all sizes as they seek opportunities for growth.”

Warner: “The Export-Import Bank helps sustain hundreds of thousands of middle class jobs in the U.S., and it does so at no cost to the taxpayer. With it, U.S. businesses are able to export billions of dollars in goods and services each year. Without it, our exporters face a major disadvantage against their foreign competitors.”

“Already, we’re seeing real economic consequences from Congress’ failure to reauthorize the Bank’s charter before it expired in July. Last month, Dulles-based Orbital lost out on a satellite contract because it couldn’t secure Ex-Im backing. Major American manufacturers like Boeing and General Electric have already made moves to close factories, lay off workers and shift jobs to countries that haven’t unilaterally disarmed on export financing. Now add to those losses all the suppliers and small businesses that rely on these companies to stay afloat, and you’re talking about thousands of jobs in jeopardy because some members of Congress are more interested in scoring political points than in doing right by American workers. At a time when our manufacturers and exporters are already suffering from substantial global economic uncertainty, Washington shouldn’t make it worse by killing off an important tool that helps American businesses compete in a global economy.”

“Leader McConnell knows that the Export-Import Bank has strong bipartisan support and would pass if brought to the floor for a vote. I strongly urge him to do so without delay and end this self-inflicted damage to the American economy.”

Kaine: ““The Export-Import Bank supports hundreds of thousands of jobs, helps reduce the deficit and levels the playing field for U.S. exporters – many of which are small businesses. Given that the Senate has already voted to reauthorize the Ex-Im Bank, I hope we can quickly take up a bill to reauthorize this important agency that has helped businesses in Virginia export millions of dollars in goods and services annually.”

Brat: “It is a sad day in Washington. Instead of spending the day deliberating over how to reduce our more than $18 trillion debt, or tackle the almost $100 trillion in unfunded liabilities we face, we spent time bringing back to life a defunct government program.


“The Export-Import Bank is a New Deal relic that was originally created to subsidize American exports during the Great Depression. As is characteristic of government programs, the bank outlived its purpose until conservatives stood with the American taxpayers to allow its charter to expire this summer.


“As an economist, I support free trade and equal protection under the law, but I oppose special privileges and Washington picking winners and losers in the economy. Just as then-Senator Barack Obama said in 2008, the Export-Import Bank is ‘little more than a fund for corporate welfare.’


“It is disappointing to have seen 42 Republicans band together using a procedural move called a discharge petition, that amounts to giving House Minority Leader Nancy Pelosi (D-Calif.) control of the House floor. In doing so, Congress has shown that it cares more about special interests than Americans’ interests.


“I would encourage Senate Majority Leader Mitch McConnell (R-Ky.) to stand on his previous statements of disapproving of the reauthorization of the Export-Import Bank as a stand-alone bill. It is important that we keep Ex-Im expired to show the American people that we stand with them, not for cronyism.”

Goodlatte: “Continuing the Export-Import Bank without significant, structural reforms is not responsible governing. Even worse, regular order in the House has been undermined by the use of this discharge petition, with a small minority of House Republicans joining with the Democrats to pass flawed legislation. While I strongly support trade and have supported the Export-Import Bank in the past, it has become increasingly clear that the status quo cannot continue, and true reforms are necessary if the Bank is to continue at all. Unfortunately, that debate about the best way forward and potential reforms for the Bank cannot even happen now because of the procedural maneuver used to push this reauthorization through the House.”

Griffith:
“This bill was about helping small businesses keep and create jobs.  Like others, I am frustrated by the process through which legislation dealing with the U.S. Export-Import Bank is being brought to a vote.  I would have preferred a process that would have allowed amendments on the floor, amendments which could have strengthened reforms of the bank in the bill.”


“While there are ‘toads’ associated with this legislation that are hard to swallow, there are also several good ‘candy apples’ as well.  Among other things, the bill does give modest reforms in the way the bank operates, and it helps to protect jobs in the Ninth District and throughout the nation.  One way it seeks to keep and create jobs is that it helps to roll back President Obama’s plan to limit coal exports and financing.  In 2013, the President gave instructions and the Ex-Im Bank Board of Directors voted to ban the use of Ex-Im loans for exporting goods and some coal-related technologies to foreign coal-fired power plants.”


“Another way it helps keep and create jobs is that the Ex-Im Bank lends money to businesses, including small businesses which may have difficulty obtaining financing elsewhere so that they can be more successful at exporting their product.”


“As I travel throughout the district speaking with constituents, it is very clear that people in the Ninth District want to work.  While it may not be the best vehicle possible, this legislation will be a tool to help maintain and increase jobs in our area and throughout the United States.  In these times of economic uncertainty and so many damaging government policies, we cannot take steps that further hurt American jobs, businesses, and our overall global competitiveness.”


“Additionally, the Obama Administration had called for prohibitions on making loans for some coal-related technologies.  This legislation would roll back those anti-coal prohibitions, prevent Ex-Im from denying financing for coal technology projects, and give coal a fighting chance.” 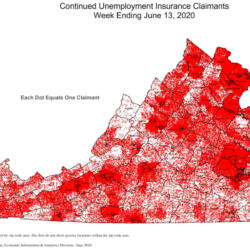