In 2018 Virginia’s meeting and convention planners say that venues offering easy access, flexible space and high connectivity are in big demand. After making sure they nail down these basics, planners then look for a space with a strong personality.

“The same old setup, the same old food, isn’t cutting it anymore,” says Rick Eisenman, who owns a meeting planning business in Richmond. “More and more clients want venues with something to do nearby.”

“Planners are looking for more of an experience, more local,” says Joni Johnson, national sales manager of domestic sales for the Virginia Tourism Corp., “and they have a lot more options these days.”

These options include venues that have opened recently or are scheduled to open soon. The most visible would be The Cavalier, the Virginia Beach landmark hotel, which reopened in March.

A local development partnership, which included Gold Key|PHR, spent four years and $81 million on renovations as it strove to preserve the 91-year-old hotel’s vintage good looks while adding a slew of amenities. Today the hotel — which nearly was sold at auction after falling into disrepair — offers 85 rooms (down from the original 195), an infinity saltwater pool, an on-site distillery, two high-end restaurants, a sunken garden and a 6,200-square-foot spa with a Himalayan salt room and a blow-dry bar. Guests also have access to a beach club across the street that is slated to open over Memorial Day weekend.

Given the hotel’s level of luxury and grace, Christopher Salyer, the hotel’s sales director, expects that business guests will be mostly “niche groups,” such as corporate boards and legal groups. With 6,600 square feet of meeting space, however, The Cavalier can accommodate a conference with as many as 200 participants.

The dowager hotel, part of Marriott’s upscale Autograph Collection, eventually will be coordinating with a 300-room Marriott across the street. It broke ground in February and is projected to open in 2020.

That $125 million, 20-story oceanfront hotel will have a 10,000-square-foot ballroom and accommodations for 700 guests, along with its own amenities, such as a beach bar. Long-range plans for an Embassy Suites by Hilton to be built nearby will give the complex the capacity to host large conferences.

Two hundred miles west in Lynchburg, another historic property also had hit rock bottom and faced possible destruction. The once grand Virginian went out of business in the 1960s and subsequently did stints as a college dormitory and as low-income housing before being shuttered in 2014.

Like The Cavalier, local developers — Blair Godsey and George Stanley — came to the rescue of The Virginian. They obtained a $5 million loan from the Lynchburg Economic Development Authority, which helped finance nearly $30 million in renovations. According to Godsey, the 105-year-old, 115-room hotel will be ready to open by early May under the Hilton flag. The Virginian will be part of Hilton’s Curio Collection. Its centerpiece is a 2,800-square-foot, two-story ballroom with imposing columns and a sweeping staircase with ornate railings.

Lisa K. Meriwether, tourism sales manager for Lynchburg’s Office of Economic Development and Tourism, says the ballroom is part of 8,000 square feet of meeting space at the boutique hotel. In conjunction with other downtown hotels, such as the historic Craddock Terry, Lynchburg now should be able to attract larger conferences that once passed it by because of a lack of capacity.

Meriwether predicts The Virginian will be hosting many state association groups. It already has booked the Virginia Association of Museums, the state branch of the Meeting Professionals International and the Virginia Society of Association Executives. 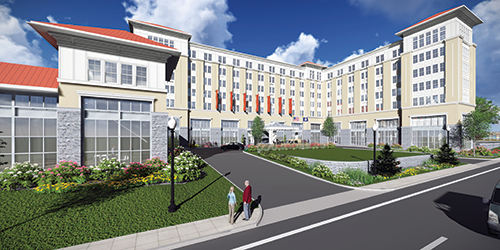 New Valley conference center
Even farther west is the Hotel Madison and Shenandoah Valley Conference Center in Harrisonburg, scheduled to open May 18. It will have 230 rooms and 21,000 square feet of meeting space.

Eddie Bumbaugh, the center’s director of sales and marketing, says the complex is filling a need for larger meeting space in a region where such space has not been available. Even before officially opening its doors, bookings extend into 2021 and include groups such as the Virginia Association of Science Teachers and the College and University Auditors of Virginia.

Bumbaugh calls the Hotel Madison’s ambience “rustically elegant” and says it is located close to the city’s arts and cultural district and James Madison University.

Meanwhile, the historic Stonewall Jackson Hotel and Conference Center in Staunton unveiled a refresh of its guest rooms and public spaces in April, including the conference center. At the Greater Richmond Convention Center, a new lactation room for nursing mothers is expected to be an appreciated amenity. The Virginia Homeschool Convention is coming to the center in June, and the center also has landed  Jehovah’s Witnesses meetings for six weekends this summer.

Jack Berry, president and CEO of Richmond Region Tourism, says business at the convention center was up 5 percent last year and is projected to do the same this year, thanks in part to bookings like the Jehovah’s Witnesses. Those meetings typically bring 6,000 people to the convention center on each of those six weekends.

Richmond has been making a lot of top 10 travel lists lately, and the convention center’s marketing strategy pointedly emphasizes its proximity to the city’s trendy downtown. 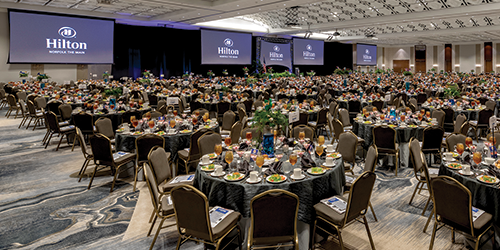 Like Richmond’s convention center, The Main, which opened to much excitement about a year ago in Norfolk, is busy and will be hosting some big meetings this year. By combining forces with the nearby Marriott and Sheraton hotels, The Main, a Hilton property, can host huge groups, like the 1,000-strong Southern Association of State Highway and Transportation Officials,  which is coming in August. The Virginia Transportation Construction Alliance hasn’t met in Norfolk in a decade, Eisenman says, but it will bring about 900 people to The Main in 2019.

Justin Beale, director of sales and marketing for the hotel, says business “has exceeded all expectations.” During its first year, 34 percent of The Main’s customers were corporate, and he projects that number will increase this year. The Main is located close to a lively entertainment area, including Granby Street and the Waterside District, attractions the hotel points out to planners.

Meeting goers like being able to walk to dining, entertainment and cultural attractions. Planners like it, too, but Eisenman maintains that one of the most important amenities — free internet service — is lacking too often. In this highly connected world, he says, free internet really is more of a necessity than just another nice-to-have amenity, but it is still no sure thing at too many Virginia venues.

“You drive by a Day’s Inn, and it is advertising free internet, but some hotels are still charging outrageous internet costs,” he says. “That’s akin to paying for air conditioning. This is a big issue that needs to be figured out.” 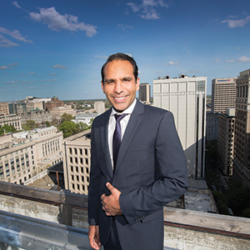 More than ‘fun and games’

Virginia’s tourism and hospitality industry, while competitive, wants to rise to the top