Williams to step down at Star Scientific

Jonnie Williams Sr., the executive whose gifts and loans to Virginia’s first family sparked a federal investigation of Gov. Bob McDonnell, plans to step down as head of Glen Allen-based Star Scientific Inc.

At the end of December, Williams will resign as CEO of the company he founded as a discount cigarette maker in 1990. The move is part of an overhaul designed to focus the company on the development of pharmaceuticals, according to Securities and Exchange Commission filings. Williams will stay on for one year as a nonexecutive employee.

Williams became a central figure in a Justice Department probe of McDonnell after Williams showered the governor’s family with more than $160,000 in loans and gifts. Star has said it does not expect to be prosecuted in that investigation or a separate probe into the company’s securities transactions.

The company’s shakeup, recommended by the current senior management and board of directors, would include new top executives, a virtually new board, a name change and the potential shift of some research and administrative responsibilities to Sarasota, Fla., where the new CEO resides. Company shareholders will vote on proposals authorizing many  of the changes at its annual meeting on Dec. 27 in Washington, D.C.

The new CEO would be Dr. Michael J. Mullan, the CEO and president of The Roskamp Institute in Sarasota. The organization has conducted research on the anti-inflammatory effects of anatabine, an alkaloid found in trace amounts in tobacco and other plants. A synthetic version of anatabine is used in Star’s Anatabloc dietary supplement, its primary product.  An affiliate of Roskamp receives a 5 percent royalty on Anatabloc sales, $342,000 during the first nine months of 2013, according to the SEC filings.

The filings said the changes were needed to take advantage of opportunities in the pharmaceutical industry, including the development of new products approved by the Food and Drug Administration.

Star, which has been losing money for more than a decade, would change its name to Rock Creek Pharmaceuticals Inc., the name of a Massachusetts-based Star subsidiary that makes its dietary supplement and cosmetic products.

Williams will continue to be paid $1 a month, the compensation he set for himself this year. He previously was paid a base salary of $1 million a year.

Also stepping down is longtime Star president and COO Paul L. Perito. Like Williams, he will stay for one year as vice president and senior counsel, legal and regulatory affairs.
He would be replaced by Dr. Christopher C. Chapman, a member of the board of directors and the only one being re-nominated to the six-person board at the annual meeting. Chapman is chairman and CEO of Chapman Pharmaceutical Consulting Inc. and chairman of the Chapman Pharmaceutical Health Foundation. 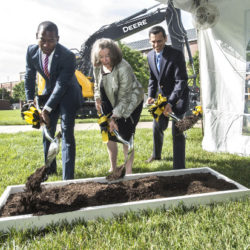 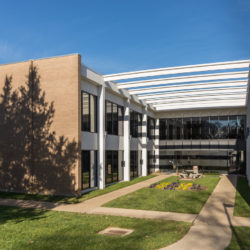 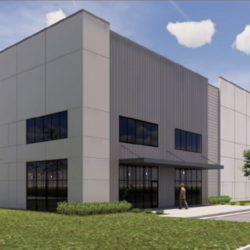