The net keeps getter wider as the trustee overseeing the bankruptcy liquidation of Health Diagnostic Laboratory Inc.  sues the company’s insiders and top executives  along with a wide range of other players.

And it appears that even doctors are not going to be off the hook as the bankruptcy case of one of Richmond’s former star startups continues to play out.

In a 205-page lawsuit filed Friday by trustee Richard Arrowsmith in federal bankruptcy court in Richmond, Arrowsmith says he seeks to recover losses to unsecured creditors that are estimated at more than $600 million.

The complex lawsuit alleges 76 counts against 105 defendants — from HDL’s top officers, shareholders and directors on down to third-party sales contractors and others who benefitted from what the suit  describes as “fraudulent business practices.”

Among the 76 counts against the various defendants are allegations of fraud, breach of fiduciary duty, conspiracy, corporate waste and unjust enrichment.

“HDL’s officers and directors breached their duties of due care and loyalty to HDL, engaged in repeated acts of self-dealing and willfully and continuously violated the law … “ the suit says. “They squandered tens of millions of dollars through a series of self-dealing and improper transactions. They were aided and abetted in these breaches of fiduciary duty by BlueWave, its principals, and many others, who provided support for HDL’s improper business practices.”

Mallory, the company’s former CEO, could not be reached for comment. Her attorney, Michael E. Hastings of Whiteford, Taylor & Preston in Roanoke, said he had no comment on the suit, except to say that “we will be defending the claims against Ms. Mallory.”

At the heart of the fraud allegations was HDL’s practice of paying a $20 process and handling fee to doctors who referred patients to HDL for an extensive panel of blood testing for cardiovascular and metabolic risks.  This $20 fee, in exchange for ordering tests, prompted an earlier investigation by the U. S. Department of Justice on grounds that it violated state and federal anti-kickback statutes. That investigation led to a $49.5 million settlement in April 2015 that helped plunge HDL, one of Richmond’s fastest-growing private companies, into bankruptcy in June that year.

In September 2015, Richmond’s bankruptcy court approved the sale of the HDL to True Health Diagnostics, based in Frisco, Texas, for $37.1 million.  Of those proceeds, $21.3 million were paid to secured creditors, with the HDL estate receiving only $5.8 million, according to the suit.

Altogether, the bankruptcy case involves claims against the estate of $2.8 billion, including the unsecured debtors represented by Arrowsmith.

While Arrowsmith’s suit does not name doctors, an online medical news service, Medpage Today, posted on Tuesday a story by Larry Husten of CardioBrief saying many doctors who ordered tests from HDL and received the $20 fees, are being sent letters demanding repayment, which in some cases run into thousands of dollars. According to the story, the letter offers physicians a settlement proposal, representing 90 percent of “fraudulent transfers received.”   Physicians who don't pay could be subject to civil action in bankruptcy court, the letter reportedly says.

According to the story, the letter is from Wolcott Rivers Gates, a law firm with offices in Richmond and Virginia Beach that is serving as co-counsel for Arrowsmith in its lawsuit.

When asked about the letters, Cullen Speckhart of Wolcott Rivers Gates, who’s listed as one of three legal counsels to Arrowsmith in the complaint, said she could not comment.

While the story behind HDL’s unraveling has been going on for some time, Arrowsmith’s lawsuit does contain some new figures.  And it alleges that HDL failed  because it was insolvent much of the time due to its business practices and the incurrence of debts that it lacked the ability to pay.

For instance, the suits says that from January 2010 to 2014, HDL paid BlueWave $220 million in fees to sell doctors on its blood tests, some of which were alleged to have been unnecessary, another purported element of the fraud.  The illegal P&H fees, the sales agreement with BlueWave and the company’s waiver of copays helped to sink the company into insolvency, the suit says.

“HDL’s apparent success was based on a business model that used kickbacks and improper referrals to encourage and induce HCPs [health-care practitioners] to order unnecessary tests. That created a ticking time bomb that was destined to explode,” the suit says.

The suit also claims that HDL  “squandered” more than $18 million forming and funding Global Genomics Group. The Delaware company was formed to discover genetic biomarkers for cardiovascular disease, a move that the suit says caused a cash drain on HDL.

The suit also characterizes HDL’s charitable contributions of $2.3 million to the Science Museum of Virginia and a pledge of $4 million to Virginia Commonwealth University’s athletic programs as “inappropriate.”

It also points out that Mallory, McConnell and Warnick were each paid more than $7 million, including base salary and bonuses, from the start of their employment in late 2008 through 2015.

When Mallory resigned her seat on the board of directors in November 2014, she should have been terminated “for cause,” the suit says, because of “misconduct injurious to HDL and breaches of fiduciary duty.” Instead, the suit says the board agreed to pay her a severance package of $2.7 million, representing 36 months of her salary. 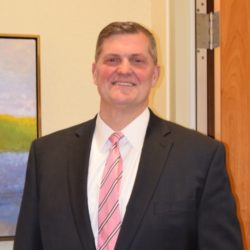