As part of Google LLC’s ambitious “moonshot” to produce all of its energy from carbon-free sources, Arlington-based The AES Corp. announced Tuesday that it has signed a 10-year agreement to provide carbon-free power for Google’s data centers in Loudoun County.

A Fortune 500 international electrical utility, AES will provide 90% of the Google data centers’ power from zero carbon emission sources, measured on an hourly basis, beginning later this year. The agreement is part of a Google initiative to run its operations on 100% carbon-free power on an hourly basis by 2030. Google has two major data centers in Loudoun currently, with a third under construction.

To provide energy for the data centers, AES is assembling a 500 MW portfolio of wind, solar, hydro and battery storage sources from a combination of AES-owned renewable energy projects as well as projects contracted from third-party energy developers. The amount of the contract was not disclosed but AES said it expects to invest $600 million in the project, creating 1,200 jobs, both permanent and construction-related, in the communities generating the power.

On April 20, for Earth Day, Google and Alphabet CEO Sundar Pichai announced that five of the company’s data centers in Denmark, Finland, Iowa, Oklahoma and Oregon were now operating near or at 90% carbon-free energy. “Within a decade we aim for every Google data center, cloud region, and office campus to run on clean electricity every hour of every day,” Pichai wrote in a company blog post. “Our carbon-free goal is as ambitious as other moonshots like building a quantum computer or developing a self-driving car. I’ve never been more optimistic about our collective ability — as governments, companies and individuals — to come together and chart a more sustainable path forward for our planet. We’ll continue to lead by example in our operations, support our partners, and build helpful products to build a carbon-free future for all.”

“Last year, Google set an ambitious sustainability goal of committing to 100% 24/7 carbon-free energy by 2030. Today, we are proud that through our collaboration with Google, we are making 24/7 carbon-free energy a reality for their data centers in Virginia,” AES President and CEO Andrés Gluski said in a statement. “This first-of-its-kind solution, which we co-created with Google, will set a new sustainability standard for companies and organizations seeking to eliminate carbon from their energy supply.”

Michael Terrell, Director of Energy at Google, said, “Not only is this partnership with AES an important step towards achieving Google’s 24/7 carbon-free energy goal, it also lays a blueprint for other companies looking to decarbonize their own operations. Our hope is that this model can be replicated to accelerate the clean energy transition, both for companies and, eventually, for power grids.”

With $9.66 billion in 2020 revenue, AES is one of the world’s largest power utilities, generating and distributing electricity in 15 nations across North America, South America, Europe and Asia. It employs more than 10,500 people worldwide. 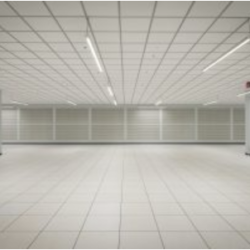 The ‘stress test’ for data centers

During COVID-19 crisis, broadband consumption has risen 50% during daytime hours.

Va.’s data center industry provided $4.5B in economic output in 2018

Based in California, Vantage Data Centers expanded to Va. in 2019