William & Mary, the second-oldest institution of higher education in the country by virtue of its establishment in February 1693, is proving that it can.

It has had little choice.

The pandemic pushed the faculty into a steep learning curve to master online teaching, with 2,000 courses moving online in just 10 days.

Then losses piled up from sharp revenue drops in study-abroad and summer programs, athletics and student housing, dining and parking plans, as well as rising technology costs associated with the university’s March 2020 shift to remote learning.

Financial damage inflicted by COVID-19 was exacerbated by an ongoing decline nationally in the college-age population, which is now at its lowest ebb in a decade, according to the National Student Clearinghouse Research Center.

If all that were not enough, the university reached the searing realization that tuition increases alone would not sustain W&M financially, nor would its current enrollment.

W&M President Katherine Rowe offers this assessment of the seismic impact the pandemic had on the university: “Five years’ worth of change in a year is the way I see it now.”

During a November 2020 board of visitors meeting, Rowe reiterated the realities of the road ahead, drawing from the observations of committees that had been preparing white papers as a prelude to developing a new strategic plan for the university.

She said the college needed to think more creatively about finding new streams of revenue and seeking additional methods for competing with other institutions for students.

“Enrollment via a four-year, traditional-aged student is not going to be sufficient,” Rowe told the board. “We won’t be successful if we only think in those terms, which is why we have groups thinking about continuing studies, thinking about adult learners, thinking about transfer students.”

Those changes are now at the university’s doorstep, she says.

Green and gold; red and black

As the pandemic raged last year, destroying the university’s budget projections, calls came from the board of visitors and others to cut costs and run William & Mary more like a business.

W&M responded by implementing a hiring freeze and carving $17 million out of the 2020 fiscal year budget, as the provost and college deans huddled to oversee a “mission-critical” curriculum review. Rowe herself put skin in the game, taking a 15% salary cut, while the university’s provost and chief operating officer also voluntarily cut their compensations. Along with travel restrictions, the university suspended discretionary spending and implemented other cuts. And it received some relief funding from the General Assembly.

The university finished fiscal year 2020 with a positive balance of $7.6 million, excluding depreciation and nonoperating expenses, according to a W&M financial report. Its fiscal 2020 operating expenses were $475.8 million.

At the same time, the university and its alumni rallied to raise $149.9 million in 2020, the largest fundraising year in university history. Additionally, W&M crossed the finish line on its decade long “For the Bold” fundraising campaign, raising $1.04 billion and solidifying the university’s position as the nation’s No.1 public university for alumni annual giving participation. As of June 30, 2020, the market value of W&M’s endowment was $995 million.

Nevertheless, the pandemic’s financial impact is still being felt.

The gap was due to several factors, including a loss of auxiliary revenue from dorms and dining halls and athletic events, as well as unanticipated costs related to COVID and remote teaching. The school also lost revenue by not increasing student tuition for the 2020-21 school year.

Because William & Mary is required by state law to meet a balanced budget, this gap necessitated continued belt-tightening measures and support from the state and federal government.

“We knew [the budget gap] would be at least $30 million. What we did not know is whether we would be able to sustain academic operations throughout the year. If we had had to shut down this fiscal year as we did March a year ago, we would have been at a $100 million [gap],” says Amy Sebring, the university’s chief operating officer.

“Given how we navigated the fall and how we’re positioned for the spring, [a] $40 million [gap] is where we’re landing,” Sebring says, taking a breath. “So, only $40 million. If you’d asked at any other part of my career that I would say $40 million and be pleased with that number, I would have absolutely been shocked. But we are doing a solid job of dealing with that, [giving] credit to faculty and staff, who’ve really worked hard to contain costs.”

In April, the university anticipated that it would close the $40 million gap via a combination of state and federal pandemic relief funds, cost reductions and “use of cash reserves from savings accrued during the fourth quarter of FY20 when we froze all hiring and took a number of immediate actions to contain costs,” William & Mary spokesperson Brian Whitson said.

Sebring says there is a long-acknowledged disconnect between the university’s financial model, which reflects its position as a public research university, and its operational model, which incorporates its virtues as a small liberal arts and science institution.

“As a ‘Public Ivy,’ William & Mary is known for its low faculty-to-student ratio, high level of student services and research-intensive mentoring of undergraduate students — all traits typically found only at the nation’s elite private institutions,” Sebring says. However, she says, W&M is a state-funded public university, and its finances have reflected that.

In October, W&M moved to stabilize its finances by selling $153.9 million in bonds, the first time that it had done so under its own AA credit rating. The
university had previously issued debt under the state’s debt programs.

Sebring frequently must explain how the college can have financial issues after just having completed its successful “For the Bold” billion-dollar fundraising campaign.

“The campaign raised over $1.04 billion,” Sebring explains. “However, almost 50% of the funds raised were in outstanding pledges or deferred gifts, so we will not fully realize the benefit of the campaign for years to come. In addition, over 90% of the funds raised were provided for restricted purposes: capital projects, scholarships, professorships or other donor-specified purposes.

“Those funds are vital to providing the university with the facilities and programs that provide our students with a margin of excellence that they can’t find at other institutions. They do not, however, provide income to cover the routine operating costs of running the university,” she says.

W&M frequently has been recognized by U.S. News & World Report as one of the most lean and efficient colleges in the country in terms of what it achieves in comparison with its financial resources, Sebring points out. “We’re among the lowest of the top 50 national universities in terms of financial resources, yet we rate within the top five in undergraduate teaching and maintain high quality.”

Looking to the future, shifting demographics portend the enrollment of more first-generation and minority students, as well as military veterans.

W&M took a big step to help veterans in 2020 with the establishment of a “Veteran-to-Executive” transition program that was born out of an anonymous
$10 million gift.

W&M also is partnering with the New York-based nonprofit The Posse Foundation to award scholarships and expand its support for underrepresented academically talented students from low-income backgrounds. Beginning in fall 2021, William & Mary will provide full-tuition scholarships, including mandatory fees, for 10 Virginia students chosen in cooperation with Posse. These will include individuals who may be the first in their families to attend college.

University officials also say all students who qualify for aid and come from households with an income of $110,000 or less will borrow and pay less on average to attend W&M than any other four-year public institution in Virginia.

Rowe notes that the “For the Bold” campaign funded more than 500 new scholarships and says diversity and inclusion efforts will benefit as a result.

During a July 2020 board of visitors meeting, Rowe said she shared the board’s urgency for “antiracist culture change” and said the university was seeking pathways to help undocumented, first-generation, Indigenous and low-income students and also would strengthen its support for international students.

As state support for higher education has decreased in Virginia and nationally over the past decade, W&M also has acknowledged that increasing student population beyond its current enrollment of about 8,900 is an important part of supporting the university’s financial model.

Henry Broaddus, W&M’s vice president for strategic initiatives and public affairs, says that “smart growth” of 600 students over seven years or so is both desirable and achievable.

The university prides itself on being a “high touch” institution with a low student-to-faculty ratio, Broaddus says. Even with an increase of 600 students, the ratio would be a low 12-to-1. That’s within historic guidelines, he says.

W&M has received a record number of applications for the 2021-22 freshman class: 17,400. That’s 23% higher than the previous year, when the university received 14,200 applications.

In addition to on-campus students, online education is another growth area for the university, says Broaddus, pointing to a historic precedent in Virginia education: “George Washington was issued a surveyor’s license by correspondence.”

Although the pandemic affected teaching, enrollment and revenues, the university largely continued with many of its capital projects.

One is a $73 million integrated science center project that will house mathematics, computer science, kinesiology and design/engineering classes and faculty offices.

The $30 million Martha Wren Briggs Center for Visual Arts, which will also be the new home of the university’s Muscarelle Museum of Art, also will be underway this year, as will W&M’s $122 million Fine and Performing Arts Complex.

Although the pandemic and other issues have presented challenges for William & Mary, President Rowe — a former Ultimate Frisbee player and coach — offers a sports analogy as she looks ahead and contemplates the development of a new strategic plan for the university that was paused during the pandemic.

“The hallmark of a really good coach are the adjustments you make at halftime,” Rowe says. “Restarting our strategic plan for us is that moment of taking stock and making adjustments at halftime in a game that we have played so well, so well above expectations, with everybody all in.”

William and Mary At a glance

The second-oldest university in the United States, William & Mary was established in 1693 under a royal charter signed by King William III and Queen Mary II of England, Ireland and Scotland.

Stretching across 1,200 acres in downtown Williamsburg, William & Mary includes the Martha Wren Briggs Amphitheatre, Lake Matoaka and College Woods. Its circa-1695 Wren Building is the oldest U.S. university building still in use. 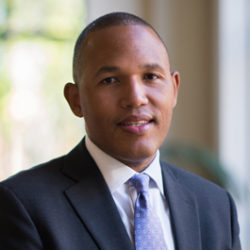 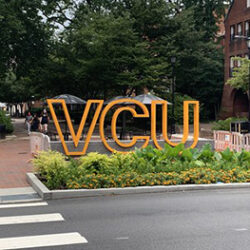