Hunting for the right site

When McKesson Corp. went shopping for a distribution site for medical and surgical supplies, it dispatched a team of scouts to comb the mid-Atlantic region for available real estate.

For McKesson, a Fortune 500 company based in San Francisco, Virginia was a logical place to start. After all, the company’s medical-surgical division is based in Richmond and it opened a facility in Caroline County last year to distribute pharmaceutical and health-care products to retail customers along the Interstate 95 corridor.

“McKesson was a deal that worked outside of our normal protocol,” said Patrick Barker, executive director of the Winchester-Frederick County Economic Development Commission (EDC). “They really did a lot of their due diligence off the radar. It wasn’t until they had narrowed it to two sites [one in Frederick and the other in West Virginia] that we had a direct conversation.”

That initial contact came in late March. Company representatives toured the site and the surrounding area, during which EDC and local government officials highlighted the region’s strengths.

“With this deal, we touted our market reach [two-thirds of the U.S. population within a day’s drive], the quantity and quality of our local work force, and then also some of the things in the Winchester community that might be of interest to their employees, such as quality of life, good schools, a top hospital in Winchester Medical Center, Shenandoah University, a vibrant downtown and recreational opportunities,” Barker said.

Having already targeted where it wanted to locate, McKesson was looking to move quickly on a site, Barker said. “They needed answers in a short time frame. Waiting a day or a week was sometimes too long. And all of the pieces had to be in place before taking the next step.”

The Virginia Economic Development Partnership worked with Frederick County and the EDC to secure the project. Gov. Bob McDonnell approved a $150,000 grant from the Governor’s Opportunity Fund to assist the county. Through its Virginia Jobs Investment Program, the Virginia Department of Business Assistance offered to provide funding and services to support recruitment, training and retraining activities.

The incentive package led McKesson to invest $36.9 million in a new facility in northern Frederick County, about a mile east of I-81 near Clear Brook, which will employ 205 people and return an estimated $330,000 annually in taxes to the county’s coffers. The project should be completed in the next eight to 12 months.

Frederick County Administrator John Riley said the deal is promising not only for local employment and tax revenue, but also for what it means for economic development. “With [the facility] being visible from I-81, suddenly it says Frederick County is open for business,” he said.

Barker believes the partnership between local and state economic development offices went a long way toward tipping the scales in Frederick County’s favor. “The VEDP was very active. I think it sends a strong message when you have a state and a locality working as one to meet a company’s goals, both for their business and their employees.”

In a statement announcing the deal last summer, Stanton McComb, president of McKesson Medical-Surgical, called the project “another great opportunity to match the strength of Virginia’s infrastructure and labor force with our strong growth.”

The company’s most recent investment will bring additional diversity to the Winchester-Frederick County economy, Barker said.

“For us, distribution is somewhat outside of our normal targeted business sectors,” he said, “but McKesson has strong name recognition and it will allow us to build on the positive momentum we’ve been seeing.” 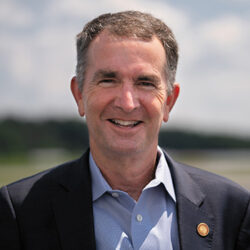