Exactly when it happens remains up in the air, but the city of Martinsville is set on downsizing to town status.

It’s been about a year and a half since Martinsville City Council set in motion the complicated process of dropping the locality’s status as one of Virginia’s 38 independent cities and morphing it into the state’s 191st town, partially consolidating with Henry County. On May 26, the two governments signed a non-legally binding memorandum of understanding supporting Martinsville’s reversion to a town within Henry. Martinsville hopes to revert by July 1, 2022, but Henry County officials are eyeing a 2023 time frame.

Why did Martinsville put the reversion in motion? “Economics,” explains Martinsville Mayor Kathy Lawson. “It’s the financial aspect. We have so much duplication.”

Virginia is the only state in the nation that grants independent status to cities under its constitution, making cities and counties mutually exclusive.

Getting into the weeds of how that happened and what it means especially for small cities in rural areas is not for the faint-hearted, but the bottom line is that it leads to situations in which cities and adjacent or surrounding counties end up with parallel school systems, government administrations and constitutional officers.

Since the late 1980s, the state has let small cities petition to “revert” to town status, partially merging the former city with a surrounding county and shifting major costs, such as operating schools for example, to the county.

“The cost to provide services for the citizens of Martinsville continues to increase, while revenue does not,” City Manager Leon Towarnicki told Martinsville City Council in November 2019.

The next month, the council put the reversion process in motion.

“This is an — undeniably — a negative financial event for the county,” says George Lyle, Henry County attorney. “We think the annual expense will start off at $5 million a year,” excluding one-time capital costs such as moving courthouses.

Options under consideration to meet those financial challenges include raising the county’s real-estate tax rate by 18%, from 55 cents per $100 of assessed value to 65 cents, he adds.

Martinsville and Henry County officials entered mediation talks in late April. The state Commission on Local Government, which must weigh in on the matter, has an Aug. 8 deadline to issue a report. That document eventually will go to a three-judge panel appointed by the Virginia Supreme Court, which typically rules on reversion requests within six to nine months.

Only three former cities in Virginia have successfully reverted to town status: South Boston in 1995; Clifton Forge in 2001; and Bedford in 2013. 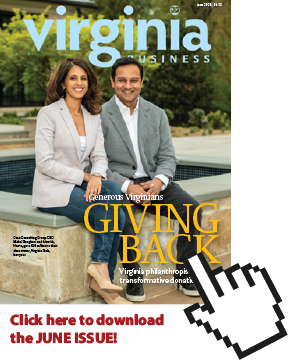 Gift is designed to boost the quality of child care 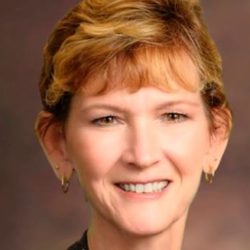