The lowest U.S. unemployment rate in 50 years isn’t slowing down the companies honored as this year’s Best Places to Work in Virginia. The winners find plenty of applicants are attracted to their good pay and supportive cultures.

The firm’s Virginia offices are doing their part to keep Burns & McDonnell growing, says Jeffrey Ganthner, vice president and general manager of Mid-Atlantic region offices for Burns & McDonnell. Its Roanoke office opened in 2015 with only six employees; it expects to expand to a staff of 100 there by next year.

Although Virginia’s unemployment rate dropped to 2.6% in October, Burns & McDonnell hasn’t struggled to find the right workers because of the company’s reputation as an outstanding employer, Ganthner says. For example, fire protection engineers, who design smoke suppression and sprinkler systems, are scarce and can be hard to locate, but “in the last 18 months we have hired six in Arlington pretty quickly.”

Last year, the company, which is based in Kansas City, Missouri, received 70,000 applications from people ranging from new college graduates to seasoned professionals. “They are coming to us. We are able to select the best, ” says Ganthner, who is based in Chesapeake.

Another 2020 Best Places to Work winner, Fortune 500 financial services firm Edward Jones, also isn’t encountering difficulties with recruitment. “At Jones, we grow intentionally and organically. The downward trend in unemployment hasn’t created a difference for us,” says regional leader Brian Callery, who is based in McLean.

Engineering, architecture and planning firm DJG Inc. has only 23 employees, but “we’re always looking to grow, looking for other avenues to further provide services to our clients,” says John Ozmore, co-owner and architectural group manager.

Some of these companies were selected as this year’s Best Places to Work in Virginia. Since 2011, Virginia Business and Pennsylvania-based Best Companies Group have collaborated to identify the commonwealth’s best workplaces.

One hundred companies were chosen for the Best Places to Work list in three categories: small, midsize and large businesses. (See selection process.)

What is it about these companies that makes them award-winning — and attractive to job applicants?

“The best way to support people is to invest in them,” Ganthner says. “We are 100% employee-owned, have flexibility and a wonderful wellness plan and highly support continuing education.”

End-of-year bonuses are part of the equation. “The best way to reward people is to give them the money right back,” he says. “We also have a wonderful paid time-off plan, flexibility and we highly support continuing education.”

Job seekers also appreciate that Burns & McDonnell is a very flat organization, Ganthner adds. “People a year or two out of school are leading projects.”

At Edward Jones, “people who work for the company and who are the source of success participate in the rewards. They share in the profits,” according to Callery.  “And an associate has the ability to become a partner in the firm and an owner of the firm.”

The company’s benefits aren’t just financial. The culture of the firm is unique, Callery says, and that itself is a benefit. “One of our core values is working in partnership. Everyone helps one another. It’s really a philosophy everyone lives by. People are invested in one another’s success. It really brings the best out in people.”

DJG Inc., located in Williamsburg, has a profit-sharing system. The small company fosters a close-knit culture with activities ranging from an annual retreat to an office chili cookoff. People even join together to pick up litter along a nearby stretch of highway.

When best companies recruit, they often use the usual tactics: employee referrals, postings on job boards and listings on the company website. But they go above and beyond to reach out to the top candidates.

DJG Inc. works closely with area universities to find fresh talent, according to Ozmore. “We’ve sent staff members to Virginia Tech and Old Dominion, where they have good architectural and engineering programs. We go to the architectural school at Hampton University.”

Many DJG staff members belong to professional organizations, where they can meet prospective candidates in their specific fields, he says. “That helps out a lot. Everybody gets different ideas to entice people to come.”

When Burns & McDonnell chose to open in Chesapeake, Arlington, Richmond and Roanoke, “we looked at launching offices for our clients and the incredible talent pool. We tap into the talent in each community and better serve clients around the world from these locations,” Ganthner says.

In Chase City, Mecklenburg Electric Cooperative has been scrambling to hire workers. “We’ve hired more [employees] in the last 18 to 24 months than we have in 10 years,” says Leilani Todd, vice president of human resources.

But that’s because the award-winning company is so good at retention. “We have extremely low turnover,” she says. “We knew this was coming. We foresaw that trend as employees became eligible to retire” after decades on the job. Accordingly, more than a dozen years ago, the company began preparing to replenish its ranks.

The co-op started working with partners in the industry, in schools and in state agencies to make people aware of its career offerings.

“We’ve been in schools for many years. We work with not just students but with parents,” she says. “Energy is not going away. If folks want to contribute to the environment, to their community, this is a great career path.”

But the company has had to push back against the mentality that a four-year college education is the best path for every student, Todd says.

“They don’t have to have a college education, but they have to enjoy working outside. They need to be mechanically inclined for a number of the jobs. They need to understand teamwork and critical thought processes,” she says. About 75% of the co-op’s 100 employees are technicians working in the field.

The company turns to Southside Virginia Community College’s line worker program to find students who have gained some of the skills the co-op needs.

Job applicants undergo a rigorous interviewing process that assesses not only their skills but their cultural fit with the company. “We want the applicant to know us as well as we get to know the applicant. We put time in up front because when both of us make the decision, it’s pretty much a lifetime decision. Taking the time up front pays dividends on the back end.”

Once onboard, employees find that communication and flexibility are vital parts of the company’s culture, according to Todd. “We look at all the ways we can disseminate the same information in different ways. Face-to-face contacts are vital. You have to make the time to sit down and be present.”

Employees especially appreciate the work-life balance. The co-op offers floating holidays and personal time off in addition to vacation and sick leave. “The extra days provide time to be involved with their families and communities,” Todd says.

In addition, “we require a lot of folks to be on call. We’re pretty flexible when they need time off. We encourage folks to volunteer in the community and to be involved with their kids. If we’re going to encourage that, we can’t demand that they work an 8-to-5 schedule.”

And that’s because “the flip side is, there’s going to be times when we take them away from their families. There are going to be emergencies,” such as hurricanes and snowstorms.

And when that happens, “you will find our CEO and all our senior staff out in the field working with everyone else. They’re taking meals to them, into the field, so they can get the lights back on,” she says. When it comes to hiring and keeping good workers, “it’s those little things that they appreciate most.”

This article has been updated from the version that appeared in the February 2020 issue of Virginia Business. 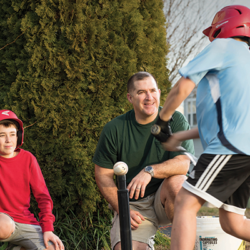