Home News Reports The Big Book The bigger they are …

The bigger they are …

One of the state’s largest law firms, LeClairRyan dissolved in 2019

After 31 years in business, LeClairRyan, the state’s fifth-largest law firm, announced in August 2019 that it would be shutting down. It filed for bankruptcy in September and entered liquidation proceedings a month later. The firm had faced financial and legal struggles, as well as the exodus of many of its associates and shareholders.

“After growing into a large national law firm, LeClairRyan experienced declines in gross revenues and profitability in recent years. Those declines led to the departure of numerous attorneys, and those departures accelerated in 2019,” wrote Lori Thompson, chair of the firm’s dissolution committee, in a bankruptcy declaration. “Despite best efforts, LeClairRyan could not stop the wave of attorney departures.”

Starting in 2006, LeClairRyan embarked on a rapid expansion. By its peak, the firm employed about 385 attorneys working in 25 offices throughout the country.

According to reports in the ABA Journal, the American Bar Association’s trade publication, LeClairRyan’s growth was predicated on the hope that U.S. regulations would change, allowing LeClairRyan to become the first publicly traded law firm in the nation.

However, the firm evidently became overextended, with LeClair telling Forbes in 2015 that the firm’s “biggest challenge is our lack of capital.”

In an attempt to shore up the losses, the firm began early promotions of some associates to shareholder, which required a $100,000 buy-in, according to the ABA Journal, and LeClairRyan also required some partners to purchase preferred stock in the firm.

In 2016, LeClairRyan agreed to pay a $20.375 million settlement to the bankruptcy estate of Health Diagnostic Laboratory (HDL) in a dispute over legal services the firm provided to HDL.

LeClairRyan struck a deal in 2018 to outsource about 300 of its support workers through a partnership with enterprise legal services provider UnitedLex. The workers were intended to perform back-office support tasks for LeClairRyan and other law firms, with LeClairRyan holding a 1% stake in the venture. At the time of the firm’s failure, LeClairRyan still owed UnitedLex more than $8 million related to the venture.

LeClairRyan also faced a $1 million judgment in a federal gender discrimination lawsuit filed by a firm shareholder who alleged that the firm was paying her less than male shareholders, despite the fact that she was working more billable hours. In filings related to the case, LeClairRyan stated that it had decreased compensation for several shareholders due to the fact that the firm missed its budget from 2011 through 2014.

In its bankruptcy filing, LeClairRyan estimated that it had assets and liabilities ranging from $10 million to $50 million and that it owed money to between 200 and 999 creditors. Several claims were filed following the bankruptcy filing, including a $28 million claim from Virginia hotel operator Petersburg Regency LLC regarding LeClairRyan’s representation of the hotel in an insurance dispute.

People making a name for themselves throughout Virginia 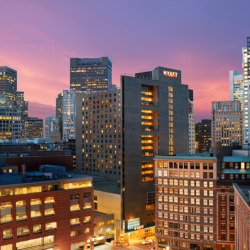