The pandemic — one year later

With the end in sight, we look back on the milestones of a year like no other

One year ago this week, Virginians started bumping elbows instead of shaking hands. We raced about trying to find toilet paper and hand sanitizer and began washing our hands obsessively as a virus we’d only heard about in the news suddenly appeared in Virginia and would quickly transform daily life as we knew it.

Virginia’s first COVID case was identified on March 7, 2020, and the first death followed exactly a week later, on March 14, 2020. In between those two events, on March 11, 2020, the World Health Organization declared the coronavirus outbreak a global pandemic.

By March 18-19, 2020, Virginia’s state universities and public schools had moved classes online. Metro reduced its service hours. State agencies and major companies like Capital One directed employees to stay at home and shift to telework, while restaurants, hotels and theaters closed their doors — some for a few weeks, others for good. Starting in mid-March 2020, the number of Virginians filing unemployment claims grew exponentially, as did the number of COVID-19 cases.

Virginians logged on Facebook to watch daily updates from Gov. Ralph Northam and State Health Commissioner Dr. Norman Oliver, who reported the latest COVID-19 statistics and urged residents to wash their hands, stay six feet apart and remain at home if possible. Virginians who worked at grocery stores and hospitals assumed the heavy mantle of heroes as they performed essential jobs under high risk of contracting the coronavirus.

As we enter month 13 of the pandemic, the end is in sight, with more than 18.5% of Virginians having received at least their first dose of coronavirus vaccine since December. But we cannot forget that the coronavirus has claimed close to 10,000 lives in Virginia and more than 528,000 lives nationwide.

Here’s a look back at the key dates, statistics and moments of a year like no other in recent memory.

UNDER ORDERS, UNDER PRESSURE

In September, 2020, the state created a vaccine advisory group to make distribution plans. Virginia’s first delivery of Pfizer Inc. vaccine doses arrived in December 2020, earmarked for frontline medical responders, followed shortly by workers and residents in long-term health care facilities. Meanwhile, both in Virginia and across the nation, case numbers spiked again after a few months of relative respite, partly due to holiday gatherings in November and December. Deaths spiked as well, causing a ripple effect even now as the Virginia Department of Health works through death certificates and updates the numbers in its COVID database.

As of March 2021, Northam and state health department officials say they are confident that all adult Virginians will have access to COVID-19 vaccines by the end of May, an event that will herald the approach of projected herd immunity. But COVID-19 variants remain a wild card.

The federal government has recently approved more funding for individuals and business owners just as unemployment benefits and other federal programs expire. But the pandemic’s full impact likely won’t be known for a long time, including its effect on industries, education and jobs here in Virginia. 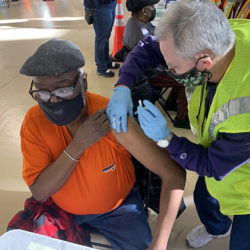 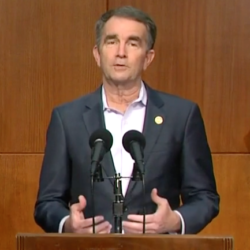 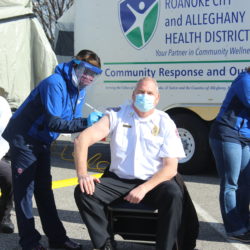