Virginia tech’s proof-of-concept (POC) grants aim to help university researchers bridge those obstacles to commercializing their research. The first round of POC research grant recipients range from a device that catches water from fog to software that summarizes legal documents. Here are the first projects selected for Tech’s POC grants:

Rametrix AutoScanner automated molecular urinalysis system
A Raman spectroscopy-based technology analyzes urine specimens and identifies biomarker patterns associated with cancer, infections or organ failure. The POC grant will help the team automate the process. “Our goal is to take the working prototype and make it into a commercializable device,” says John Robertson, professor of biomedical engineering and mechanics. His research team is working with the Floyd Custom Machine & Design machine shop on “little things that are form, fit and factor that eggheads like myself don’t even think about.”

Deposition and testimony summarization
The grant will facilitate pilot deployments to prove the efficacy of software designed to produce short summaries of long, complicated documents such as legal depositions. “We’ve done all this sort of scientific stuff,” says Ed Fox, professor of computer science, “but to actually see if this is going to be of commercial utility, you have to put it out there in someone’s real context.”

S1P modulation and multiple sclerosis
In small-scale tests on mice, this drug developed at Virginia Tech blocks an enzyme that sets multiple sclerosis in motion. POC grant funding will finance larger tests. “What the fund is doing is giving us money to validate our idea,” says Webster Santos, professor of chemistry. “If we can show this compound is effective in mouse models en masse, that is a game changer.”

Fog harps for ultra-efficient water harvesting
This new fog harvester design collects up to 78 times more water than previous versions. The device could be used for applications ranging from agriculture to battling global water shortages.

“The POC funds have been great for us because we feel like we’re only about a year out from having a very viable and mass manufacturable approach,” says Jonathan Boreyko, associate professor of mechanical engineering.

Two or three questions about design optimization remain, and the team needs to figure out how to go from manual to mass production. “The POC funds,” Boreyko says, “are going to give us a year’s worth of time and money to answer those kinds of final factors.”

Tool-support exoskeleton for industrial applications
This lightweight, low-profile exoskeleton would prevent injuries and fatigue for workers who have to support the weight of heavy, handheld tools. The POC grant will allow a team led by Assistant Professor of Mechanical Engineering Alan Asbeck to optimize the design, test prototypes and work on customer discovery. 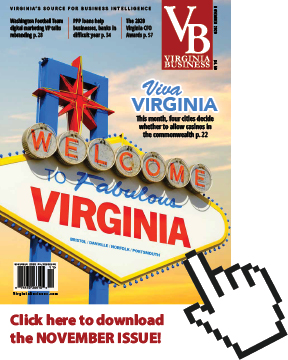 Ferrum sets out path for transfer students with associate degrees 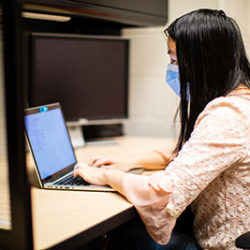